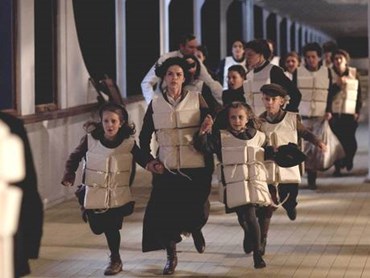 During a shipwreck, how did this dreaded announcement come about, and why is it really called 'The Birkenhead drill'? Read on ....

On the 30th December 1845, ‘HMS Birkenhead’ was launched by the Marchioness of Westminster from the John Laird shipyard, in the town on the Mersey after which she had been named. This steam frigate was driven by two 20 feet (6 metre) diameter paddle wheels and with two masts rigged as a brig. Commissioned by the Royal Navy as a troopship she was one of the first iron-hulled ships in naval service.

After a number of years service, on the 25th February 1852, and as well as a number of cavalry horses, Birkenhead was carrying ordinary soldiers and a number of officers with seven of their wives and thirteen children. Although, some reports say around 25 women and 30 children sailed with the soldiers; the muster rolls of the vessel were lost so exact numbers are unknown. However, it is estimated that there were around 645 people on board.

Birkenhead was taking the men to fight in the 8th Xhosa War in South Africa and had set sail from Simon's Bay, near Cape Town in South Africa, at around 6.00pm in the evening. She was bound for Algoa Bay at Danger Point near Gansbaai; a voyage of around 87 miles (140 kilometres). Little did those on board suspect that the name of their destination was an ominous indication of what lay ahead for them.

Under the command of Captain Robert Salmond RN, who wanted to make the best possible speed, the ship kept within around 3 miles (4½ kilometres) of the coastline. With both her paddle wheels at full stretch she made an average speed of 8½ knots (15½ km/h). The evening passed into nighttime, the sea was calm, and the sky was clear.

Just before 2.00am on the morning of the 26th February, Birkenhead struck an uncharted rock just off Danger Point. No one saw it because it lies just below the surface. In calm waters, as on that morning, it remains hidden, it is only exposed and visible in rough seas.

The Captain immediately ordered the anchor to be dropped, the paddles to turn astern, and the lifeboats to be lowered. Predictably, there were not enough boats on board for the number of people; two were unserviceable and the winches had been painted over on the third. This left only two cutters and a small gig.

Tragically, the collision had made a great hole in the prow and as she backed off the rock the sea rushed into the front of the ship. Around 10 minutes later the ship drove onto the rock again, which now tore the bulkheads apart and buckled the iron plates. Immediately, the forward compartments and the engine room were flooded, and over a hundred soldiers were drowned where they lay asleep in their berths.

The surviving soldiers mustered on deck and the women and children joined them, all standing at the stern in an attempt to raise the prow of the ship out of the water. Meanwhile, sixty men were assigned to operate the pumps and others assigned to the boats. The rest of the men stood completely silent on deck, maintaining military discipline and waiting for orders. The cavalry horses were untethered and driven over the side into the sea, in the hope they would be able to swim to shore.

It was at this point that the ship appears to have split completely in two, aft of the mainmast. The funnel crashed into the sea and the forward part of Birkenhead sank right away, taking many men with it. The stern section, now crowded with men, stayed afloat for some minutes before it too began to sink. A survivor later reported,

“Almost everybody kept silent, indeed nothing was heard, but the kicking of the horses and the orders of Salmond, all given in a clear firm voice.”

Just before the rest of the ship began to sink Salmond called out, loudly but calmly, "All those who can swim jump overboard, and make for the boats". However, recognising that rushing the lifeboats would risk swamping them the men were then ordered to “stand fast” to allow “the women and children to board first”.

The men did indeed stand firm, except those that helped the women and children into one of the cutters, which had been positioned alongside. Only then were the men allowed to board the other two small boats whilst the rest simply abandoned ship. They had no alternative because at that point the rest of the ship went down. One of the two boats was immediately swamped and the men were thrown into the sea. The third boat managed to get away safely however. This had all taken place only 20 minutes after Birkenhead had first collided with the Danger Point rock.

The following day the schooner ‘Lioness’ came upon the cutter with the women and children aboard and rescued them all. They then successfully searched for the second boat and managed to save all the men aboard that as well. She then sailed to the site of the wreck and saved as many of those still alive in the sea as possible.

Some of the men had managed to swim the 2 miles to shore although this had taken them around 12 hours. Others had clung to wreckage. But of those that went into the water and did not drown, many were eaten by the hundreds of sharks that had been drawn to the wreck and the thrashing of so many bodies in the sea.

Eight horses made it safely to land, but of the 645 people on board Birkenhead only 193 survived the wreck and the sea.

The most senior officer to survive was Captain Edward WC Wright of the 91st Argyllshire Regiment. He later reported that;

“The order and regularity that prevailed on board, from the moment the ship struck till she totally disappeared, far exceeded anything that I had thought could be effected by the best discipline; and it is the more to be wondered at seeing that most of the soldiers were but a short time in the service.

Everyone did as he was directed and there was not a murmur or cry amongst them until the ship made her final plunge – all received their orders and carried them out as if they were embarking instead of going to the bottom – I never saw any embarkation conducted with so little noise or confusion.”

The undoubted courage and chivalry of the soldiers became an illustrious part of the history of the sea. As did the fact that this was the first time that the ‘women and children first’ order had ever been issued. This became known as ‘The Birkenhead Drill’ and, as a result, it became the standard protocol during the evacuation of sinking ships.

The people of Birkenhead can be proud that the name of their town is now synonymous with courage and honour in times of fear and despair. 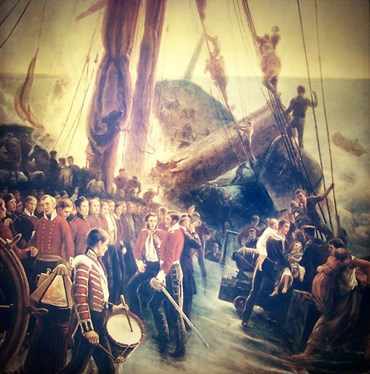