Liverpool: The Rise, Fall and Renaissance of a World Class City

The glorious, complete, and very readable history of the Town, Port, Borough, and City of Liverpool, with full illustrations and maps ~ Be inspired: Be very, very inspired!

This very readable story is fully illustrated, and tells the complete story of Liverpool ‘from the Dinosaurs to Liverpool Waters’.

Ken describes how the originally tiny hamlet, on the banks of the ancient Pool, went on to be the home of the world’s first wet dock, canals, railways, and scheduled transatlantic liners ~ as well as much, much more!

It also tells how the Medieval town grew to become the social and commercial ‘crossroads of the world’, during the 18th, 19th, and 20th centuries, and also how it took its place as the greatest port and city in the British Empire.

Ken then explains how, after World War Two, Liverpool collapsed into near bankruptcy, catastrophic industrial unrest, political militancy, and total social breakdown; and of a time when the City was virtually written-off by the British government, and left to die.

But the story of Liverpool then becomes one of an amazing re-birth, and of its triumphant success as a European Capital of Culture and a World Heritage City and Port.
Ken then concludes his entertaining story by describing how this renaissance came about ~ he describes how Liverpool, and its City Region, once again, is a pioneering and thriving centre of enterprise and enthusiasm, with the fastest growing economy in the UK ~
Liverpool, the friendliest and most exciting city in Britain ~
Be inspired! Be very, very inspired!!

This is a truly exhilarating tale, which everyone can enjoy and be stirred by, whether a Scouser or not!
It is available in all good bookshops (what few remain sadly!); on line; and from Ken directly. 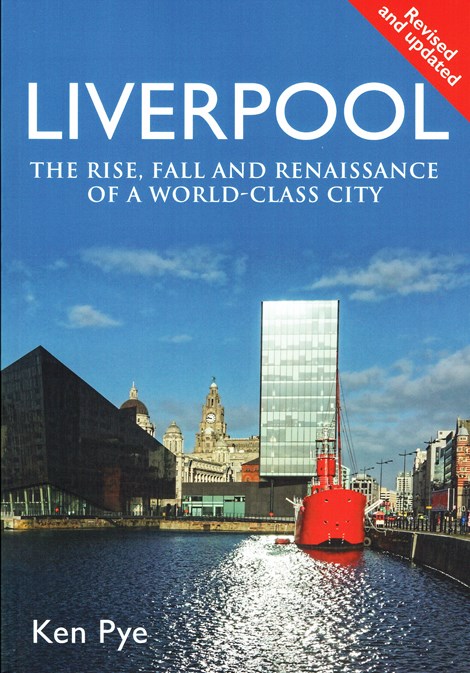